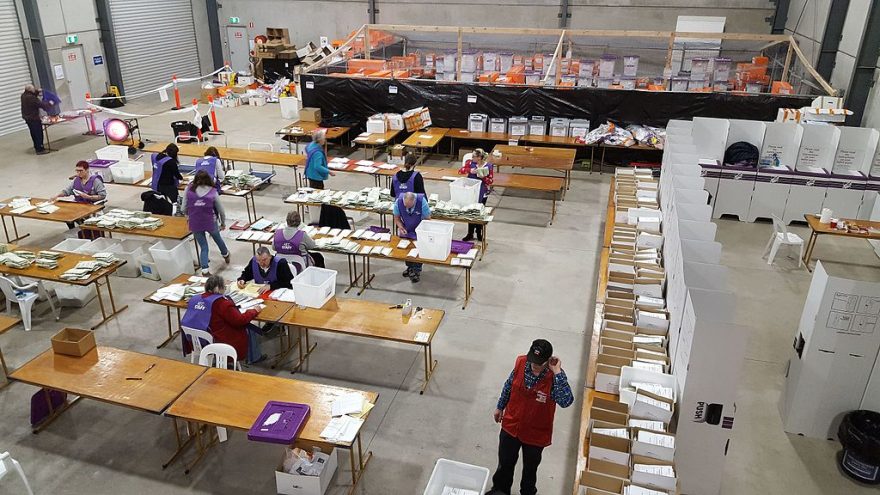 
The media spent a solid month putting President Trump on the spot to make sure he wouldn’t declare victory before the electoral votes were certified. Then they declared victory for Biden almost immediately.

But the Trump team is confident in many states; Georgia being one of them.

The media and Democrats, after spending 3.5 years claiming election fraud in the 2016 election, now says that any claims of election fraud aren’t newsworthy or substantiated.

But now, a third county in Georgia has found more missing ballots, mostly for Trump.

Floyd County, Fayette County, and now Walton County have all suddenly found votes that were not previously tabulated – and the majority were for President Trump.

Lin Wood, an attorney on the Trump legal team, says the leadership in Georgia is intentionally engaging in election fraud.

And he says he can prove it.

I have irrefutable evidence that GA local election officials were instructed by state to report original vote totals & NOT report recount totals which are different.

These people are corrupt to point of criminality. They are intentionally engaged in fraud in a federal election.

If he's right, and Lin Wood has a sterling reputation, the Georgia leadership is in big trouble. Both the Governor and Secretary of State are Republicans.

The Walton County votes are small numbers, but Fayette and Floyd Counties are larger and the Georgia race is close, so every vote matters as one would think it should anyway.

But Dekalb County is now finding 'errors' in the vote count and they also all seemed to have favored Joe Biden.

Shafer also said they have now turned over an affidavit and have requested an investigation.

Our attorneys have turned over an affidavit from our monitor to the Secretary of State and requested an investigation.

It looks like the race isn't quite over and if they certify the electoral votes in Georgia, this Friday, this could very well end up in the Supreme Court.