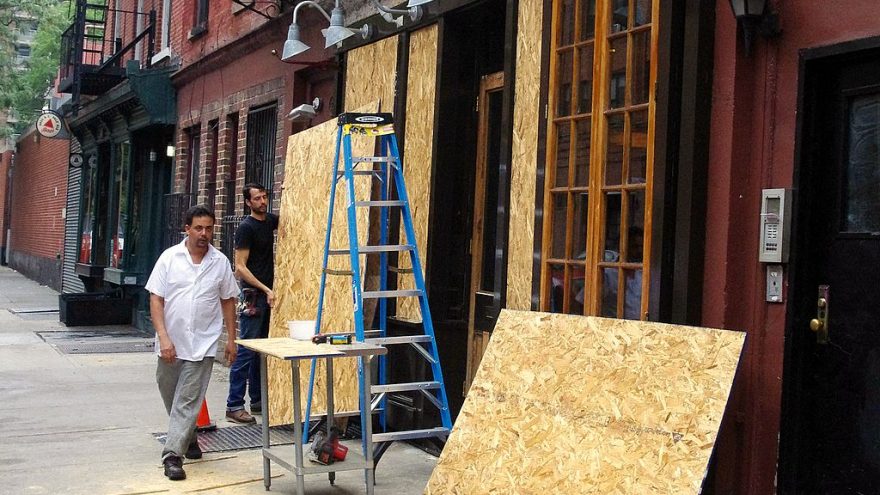 
Washington D.C. is preparing for the worst. The 90% Democrat city is boarding up buildings, shutting down businesses, and acting like a war is about to hit.

Horrifying scenes in Washington DC before the election. Democracy in crisis. #antifa pic.twitter.com/ekG2oPTbGP

But if you’ve noticed anything about the riots and destruction over the last year it’s that it’s almost solely confined to Democrat run cities. And the violence and destruction is happening by democrats.

The riots and destruction aren’t being done by Trump supporters. They’re Black Lives Matter and Antifa folks – all leftist organizations. Kamala Harris and Joe Biden campaign bailed the rioters out so they could continue.

It’s their plan. They’ve been throwing a tantrum since 2016.

They're trying to pound the people into submission. They want to hear, "Fine! Please just stop and we'll do whatever you want."

What happens when a bully finds out he can get his way by bullying?

They don't stop. They do it more often.

Will it work? We're about to find out. If it does work and gets Joe Biden elected, you can all but guarantee it will happen again and with more force the next time.

But they wouldn't be preparing for riots if they thought Joe Biden was really going to walk away with an easy victory, as the media would have you believe.

America has a choice between a future of prosperity and restoring our Constitution, or we can choose to hire the same people who created this chaos and violence to get their way.

Don't fall for it. Vote for freedom no matter what. Your own freedom depends on it.

8 thoughts on “If They Get Away With It, It Will Be Worse Next Time”