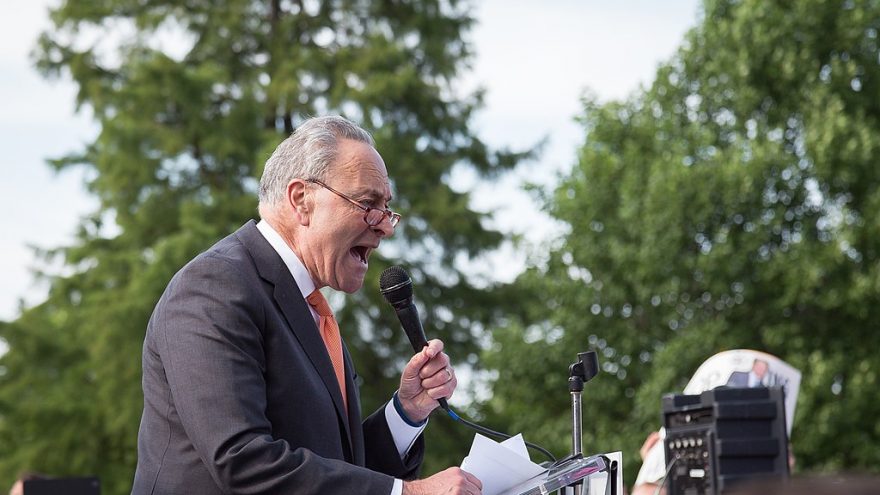 
Justice Amy Coney Barrett was confirmed by a Senate vote late Monday night. The vote of 52-48 sealed her fate as the next Supreme Court Justice and the first conservative woman on the bench.

Barrett was then read the Constitutional Oath by Justice Clarence Thomas on the White House South lawn.

Susan Collins (R-Maine) was the lone Republican who joined the Democrats in saying that whoever wins the next election should decide the nomination.

Democrats acted out at the idea that the controlling party would fulfill their duty under the Constitution.

Senate Minority Leader Chuck Schumer (D-N.Y.), declared from the floor that “today…will go down as one of the darkest days in the 231-year history of the United States Senate.”

One of the darkest days…

Virtually all Senators agreed that Amy Coney Barrett was qualified and of impeccable character. But, this was never about qualifications. It was about winning, and Democrats didn't win.

Schumer then threatens that Republicans will lose their credibility and the Democrats will not work with them next time they're in power.

"You may win this vote... But you will never, ever, get your credibility back. And the next time the American people give Democrats a majority in this chamber, you will have forfeited your right to tell us how to run that majority."

Perhaps they'll cooperate with the Biden files that have recently come to light... (Kidding)

If Republicans had cowered, like they have done so many times in the past, to the Democrat media narrative, Democrats would have used every trick in the book to get their own pick in there and they would have laughed all the way to the bank.

Republicans did everything by the book with Justice Barrett. Democrats wanted to change the rules and are now throwing a fit because they didn't get their way. They're threatening to change the rules because President Trump and the Senate followed the rules, and they don't like the result.