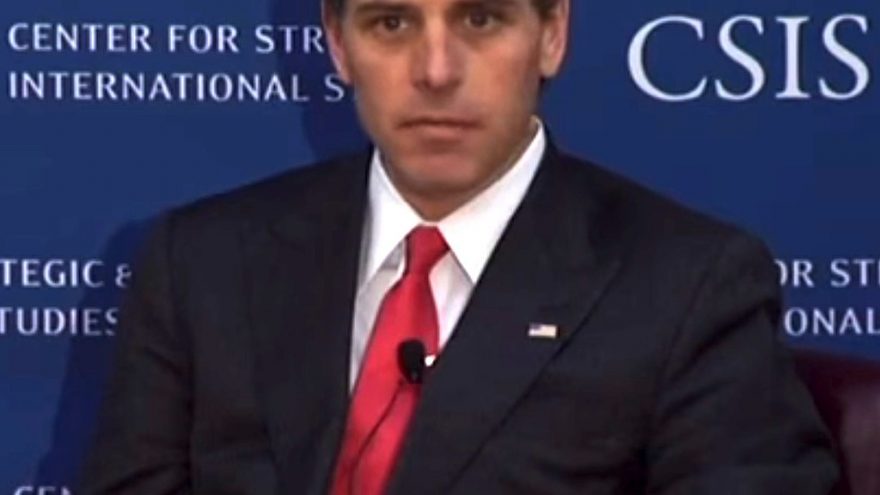 
Wang Ding Gang, a Chinese billionaire who is a harsh critic of the Chinese Communist Party, published a tape that appears to show Hunter Biden smoking crack while engaging in sex acts.

Wang Ding Gang is the founder of Lude Media and the Whistle Blower Movement, both of which are staunch critics of China’s ruling Communist Party. He appears to have been made privy to the contents of the infamous Hunter Biden laptop, which he published on his website, gtv.org. (Warning- the contents of Hunter Biden’s sex tapes are graphic.)

The reported hundreds of millions of dollars that have been exchanged between Hunter Biden related business deals and foreign governments would normally be more than enough to disqualify someone from leading the U.S.A. but, according to the media and Democrats, it's "a non-story".

The private sexcapades of a private individual are nobody else's business, in my opinion. However, there's an argument to be made that Hunter Biden is no longer a private individual as he was using his father's Vice President position of power to negotiate huge business deals with China, Ukraine, and other countries around the world.

For example, if the stories about Hunter in engaging in sexually inappropriate behavior with a minor is true, wouldn't that be a leverageable issue for, say, China?

Wang Ding Gang has said that there are 10,000 more photos that will be published from the Hunter Biden emails that will be released.

An important reminder that Big League Politics points out is that these were not hacked emails. These were given to a repair shop owner who became the owner of the contents when the bill was not paid.