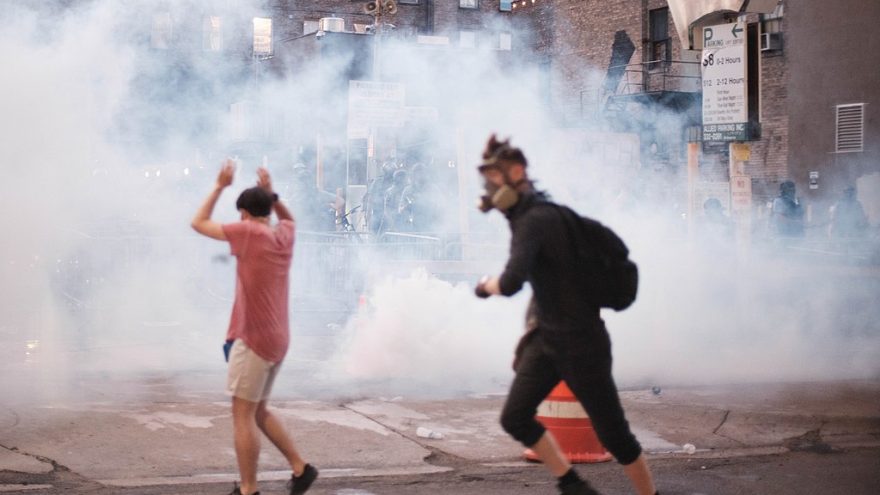 
On Monday, Democratic presidential nominee Joe Biden was finally forced to confront the left-wing violence that has been plaguing America’s major cities for months on end: riots in New York, Washington, D.C., Los Angeles, Chicago, Portland and Seattle, among other cities. For a full week, the Democratic National Convention ignored that ongoing violence, driven by members of the Black Lives Matter and antifa movements. The media went right along with the narrative that violent riots have been “mostly peaceful,” that conservatives were “pouncing” on occasional violence for political purposes and that the true threat to American safety could be found in Donald Trump’s Twitter feed.

The only solution to America’s ills, Biden held, could be found in repeating pernicious slogans about supposed systemic American racism. On Aug. 9, Biden tweeted: “It’s been six years since Michael Brown’s life was taken in Ferguson — reigniting a movement. We must continue the work of tackling systemic racism and reforming policing.” Never mind that two state investigations and the Obama Department of Justice found that Brown was justifiably shot; no facts are necessary to continue repeating mantras.

Then, a small Wisconsin town, Kenosha, burst into flames.

At first, the media tried to excuse the burning, rioting and looting. After all, they proclaimed, this was justified rage at the systemic racism of American policing. It simply didn't matter that Jacob Blake, who was shot by police, had resisted arrest, bucked police officers off of him, ignored their orders and then reached into his vehicle, where a knife was later found on the driver's side floorboards. It also didn't matter that Blake has faced vicious criminal charges and had an open warrant for sexual assault and domestic violence -- and that the police reportedly arrived only after being called by a woman who alleged that Blake digitally raped her in front of one of her children. The police were the problem.

And Biden went right along with that generalized narrative, excoriating the police for the shooting of Jacob Blake. Sure, Biden may have softly tut-tutted violence. But the (SET ITAL) real (END ITAL) problem was the American system.

On Aug. 28, Biden tweeted that George Floyd and Blake can't become "just another pair of hashtags," and that instead, it was time to "reverse systemic racism."

But Americans didn't see the riots and looting in Kenosha as indicative of a reaction to American racism. They saw it for what it was: horrific behavior. And so, Biden was forced to leave his basement -- to fly to Pennsylvania, of all places, and deliver a 12-minute address denouncing violence.

The media did their dutiful best to characterize that address as a groundbreaking call for peace. It was no such thing. Instead, Biden blamed the police, Trump and white supremacists for the violence. He name-checked "right-wing militias" and "white supremacists." He made no mention of Black Lives Matter or antifa, the actual sources of rioting and looting in American cities. And the same media that excoriated Trump for condemning violence "on many sides" in Charlottesville suddenly found it in their hearts to pretend that Biden's radically unspecific rhetoric actually covered the evils of BLM and antifa.

Biden simply cannot condemn antifa or BLM by name, because to do so would be to recognize two simple truths: first, that Trump isn't the chief source of violence in American cities; second, that in spite of his "return to normalcy" message, Biden's "systemic racism" narrative provides the ideological groundwork for those who seek to tear down the system. Democrats have spent months denying the violence, calling Trump a fascist for offering federal help and decrying the American system. The fruits are on full display for everyone to see. And so, Biden must bluff, and the media must cover for him.

Perhaps Biden will get away with it. Americans should hope he doesn't.

26 thoughts on “Why Won’t Biden Condemn Antifa or BLM Violence?”