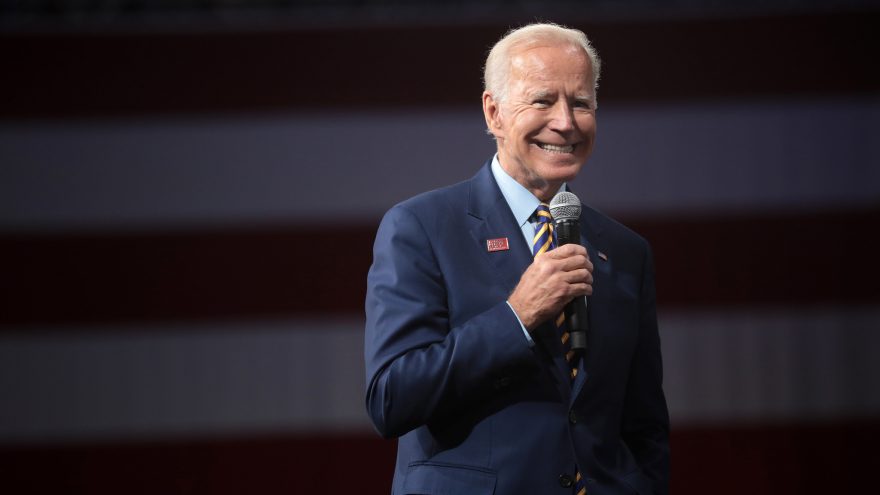 
For well over a year, former Vice President Joe Biden has carried forth a simple strategy: Be nonthreatening. Facing a volatile, mistake-prone incumbent, Biden merely had to mimic vital signs, stay out of the spotlight and avoid looking off-putting or radical. And he accomplished those objectives, to great effect. He barely stumbled his way through the Democratic primaries, representing the nonradical voting repository for those alienated by the extremism of Sens. Bernie Sanders and Elizabeth Warren; he refused to kowtow to the Twitter blue checkmarks calling for him to endorse rioting and looting; he shied away from insane slogans about defunding the police. He stayed in the basement, playing prevent defense against President Donald Trump.

All he had before him was one final hurdle: picking a vice president.

Usually, the vice presidential pick means little or nothing. The vice presidency is a uniquely powerless office, and presidents rarely hand over power to their vice presidents. But Joe Biden will be 78 in November and appears to be slipping significantly mentally — despite CNN’s protestations that he can still ride a bicycle. There is a reason nearly 6 in 10 Americans, according to a new Rasmussen poll, think Biden’s vice president will finish his first term.

So Biden had one task: to pick a vice president who would appear nonthreatening, mainstream and generally normal. The onus would then lie with President Trump to shift the spotlight from his own campaign.

Biden couldn’t do it.

He made an early error on that score when he declared publicly that he would pick a woman. This made it obvious that Biden was seeking a token -- some sop for the woke progressives in his base. And that sop opened the door to further demands: the demand, for example, that he pick not merely a woman (or, as the woke left might have it, an individual with a cervix) but a black woman. And so Biden was trapped into a limited selection of politicians, ranging from the unknown (Rep. Val Demings of Florida) to the communist (Rep. Karen Bass of California), from the quietly sinister (former President Obama's national security advisor Susan Rice) to the loudly ridiculous (Georgia non-governor Stacey Abrams).

None of these picks would be great; some would be far worse than others. But there was one pick who would prove far worse than all the others: Sen. Kamala Harris, D-Calif. Harris is deeply radical. She endorsed "Medicare for All" while announcing that she would move Americans away from their private health care plans; she announced in open debate that she would use executive orders to ban "assault weapons"; she said she would ban fracking; she attacked Justice Brett Kavanaugh as a purported rapist and Judge Brian Buescher for his Catholicism. Harris is unpopular with many black Americans: As a prosecutor, she was fond of pursuing heavy sentences for light charges, as well as civil asset forfeiture -- and then she bragged about smoking marijuana during her campaign. Harris has similarly alienated moderates, attacking Biden himself as a vicious racist for his unwillingness to support forced school busing in the 1970s, and suggesting that she believed Biden's sexual harassment accusers. There is a reason Harris utterly flamed out in the primaries, aside from her bizarre habit of breaking into a Joker-esque whoop when asked difficult questions.

Nothing about Harris screams nonthreatening. In fact, in her Machiavellian campaign manipulations, she appeared deeply threatening -- threatening enough that Biden campaign adviser Chris Dodd reportedly wondered why Harris "had no remorse" for her opportunistic and dishonest attacks on Biden. At the very least, Biden should hire a food taster.

In selecting Harris, Biden has opened the door to the Trump campaign. And Trump should take full advantage. Biden's alleged moderation means nothing if he is willing to place Kamala Harris one heartbeat from the presidency. Biden's entire campaign strategy has now been undercut -- all in a vain attempt to please the Twitterati, who will remain pleased for precisely seven seconds. Trump should be ecstatic. The race is on. And that's all on Biden.