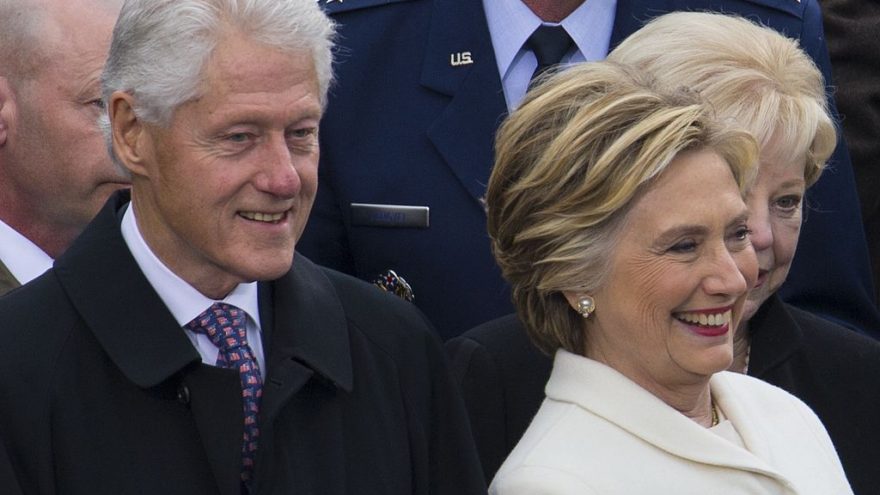 But they also name some BIG names. It’s no longer just a conspiracy theory.

Bill Clinton was among those named as being at Epstein’s island in the Virgin Islands.

Clinton’s office has also, previously, admitted to flying on Epstein’s private jet more than once while flight log records, kept by just one of the pilots, show he was on the plane at least 11 times.

At one point, in the witness interview of Virginia Giuffre, Giuffre’s lawyer asks here if she had any recollection of Epstein telling her that Bill Clinton owed him “favors”.

“And were all of you staying at Jeffrey’s house on the island, including Bill Clinton?” Scarola asked.

“That’s correct," she responded. "He had about four or five different villas on his island separate from the main house, and we stayed in the villas.”

Then there are the interview questions about Donald Trump. We've all heard the claims that he was involved. Not so, according to the witness interview documents.

"When did Donald Trump flirt with you?"

Part one of reading through the Maxwell/Epstein files.
These are my notes.

Then there's Bill Richardson, former governor of New Mexico from 2003-2011, U.S. Ambassador to the United Nations in the Clinton administration, U.S. Congressman, chairman of the 2004 Democratic National Convention, and chairman of the Democratic Governors Association.

Virginia Giuffre says she was ordered by Ghislaine Maxwell to go give a massage to Bill Richardson - when she was an EIGHTH GRADER.

What's just as disgusting? The FBI and DOJ knew in 2014 but did nothing.

The FBI was in contact with Epstein and Ghislaine Maxwell's minor victim back in 2014.

Yet they did nothing. pic.twitter.com/ItC7kOGO0i

Maxwell has said that she and Jeffrey basically cut ties and didn't communicate after about 2009, when he was convicted of soliciting an underage prostitute.

However, emails exchanged between Maxwell and Epstein also suggest that they stayed in contact long after Maxwell claims they parted ways. One email exchange, from 2015, shows Epstein advising Maxwell on how to deny the allegations.

"Go to parties. Deal with it."

This is just the beginning of what's now been exposed to be the largest, most powerful child sex scandal known to exist.

Buckle up, they never let the worst parts out first.