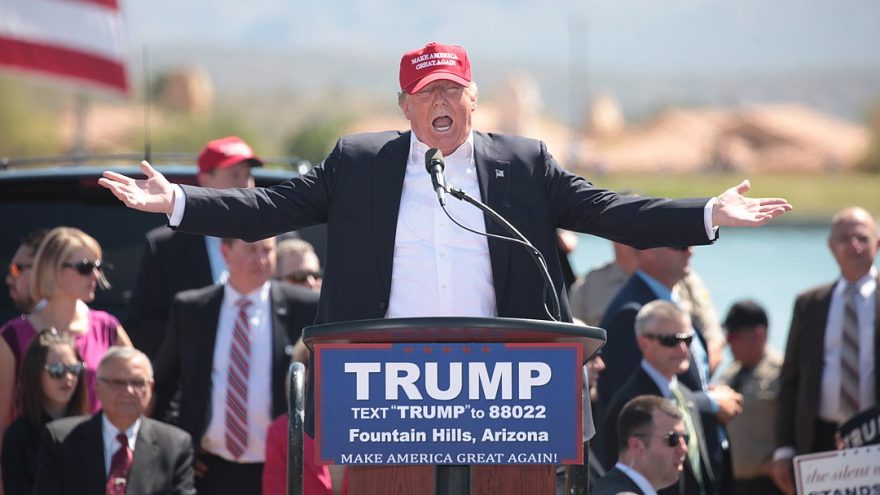 
On Wednesday, President Trump sat down for an interview with RealClearPolitics and dove further into his speech at Mt. Rushmore, that many are saying could be his most important and strongest speech to date.

The president warned Americans that our nation is under assault from an “angry mob” who hates what the United States stands for. Our very institutions and values are being stolen away from us like a thief in broad daylight. He said they want to overthrow the American Revolution.

President Trump also told RCP that if his party doesn’t step up and fight the culture war they risk losing it all.

The president is likely right. Many Republicans have been largely silent throughout the violent riots and protests, as well as the lockdowns that resulted from the Chinese virus.

At some point, the conservative movement as a whole will have to step up and join the culture war and fight. That means conservative citizens will need to stop looking for someone else to step up start leading, themselves, in their communities. After all, most conservatives agree that our values and love of freedom is worth fighting for.

Many already are so this is not to bash or criticize them but, like the President has said many times, this isn't just another 4 year election.

President Trump is also aware of the polling numbers that show trouble ahead for his re-election. His supporters and other Republican colleagues had gotten complacent as it looked like he was going to cruise to a blowout victory in November.

But things have changed.

This was going to be a blowout, and then China hit us with the ‘China virus,’ and all of a sudden, it discombobulated this country and the entire world. Now, it's a much closer situation,” he said......“We were sailing to an easy victory. Now, I have to fight for the victory, but I've been fighting all my life. That's what I do. I fight for victory.”

The President has been fighting since he stepped up to run. He's been fighting a corrupt FBI, DOJ, CIA, Congress, Senate, U.N., W.H.O., and even some in the GOP.

President Trump has lost more money becoming President than most of us will make in a lifetime, times 10. He has made a lot of sacrifices.

He leads a large and growing movement of conservatives who desperately want to see the country return to prosperity, freedom and opportunity. He's risked it all. The question will be: How much are his Republican colleagues in the House and Senate willing to risk, themselves? How much effort will they put in to backing the President's 'America First' agenda?

Supporters of the President will need to hold their local and state officials accountable as to not let them just coast and play it safe to see what happens in November. They need to fight alongside him.

We are in a culture war and there is not time for complacency.

When asked about reports that President Trump was actually uninterested in serving a second term, he shot it down.

“I want it with all my breath,” Trump told RCP, “with every ounce of what I represent.”

It will be up to Americans to choose their path between now and November.

31 thoughts on “Trump: Republicans Need to Toughen Up or Accept Defeat”