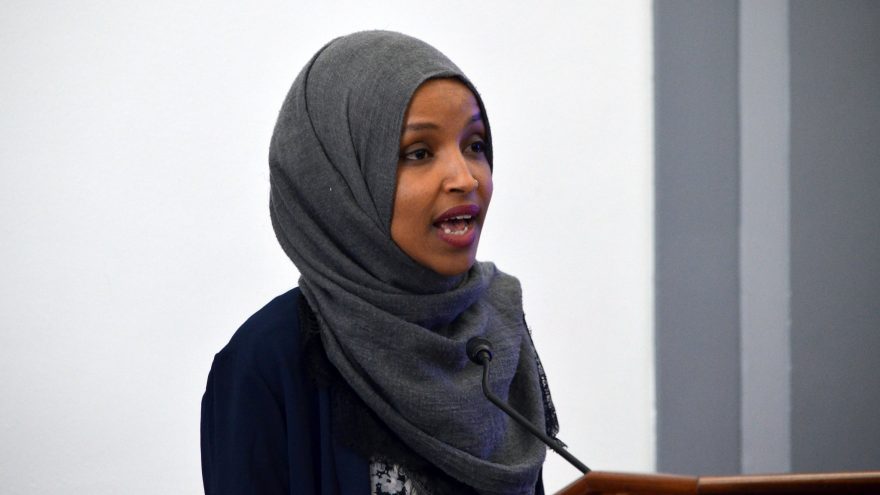 
Ilhan Omar has quite a story. She was rescued from one of the worst places on Earth, Somalia, and brought to the United States, the place with the most opportunity on Earth.

She came here at the age of 9 years old and is now a sitting congresswoman in Minnesota.

However, it seems she has nothing but disdain for America.

On Tuesday, Omar (D-MN) called the for dismantling of American governmental system.

“As long as our economy and political systems prioritize profit without considering who is profiting, who is being shut out, we will perpetuate this inequality. We cannot stop at criminal justice system. We must begin the work of dismantling the whole system of oppression wherever we find it.”

Omar took an oath to defend the Constitution of the United States, not tear it apart. However, it seems she has led a movement to do nothing but tear America down since she was elected.

“Ilhan Omar took an oath to defend and protect the Constitution, not shred it. Omar and her Marxist comrades are a threat to our Democracy. Omar should resign.”

Omar's district was the counterpoint of violence in the aftermath of the death of George Floyd. She referred to the Minneapolis Police Department as a "cancer" that we must 'rid' ourselves of.

“The Minneapolis Police Department is rotten to the root,” Omar said to a cheering crowd. “And so when we dismantle it, we get rid of that cancer and we allow for something beautiful to rise. And that reimagining allows us to figure out what public safety looks like for us.”

Tucker Carlson addressed Omar's hatred for America, just a year ago. While she scolds the American people for their way of life, she ignores the fact that she has benefited from it greatly.

"Our country rescued Ilhan Omar from the single worst place on earth, we didn't do it to get rich, in fact it cost us money. We did it because we are kind people," Carlson said of the refugee Congresswoman. "How did Ilhan Omar respond to the remarkable gift we gave her? She scolded us and called us names. She showed us with contempt. It's infuriating but more than that, it's also ominous."

How did we get to a point where we have elected people into Congress that seem to hate everything about our country and its way of life?

Calling and working to overthrow the government as an elected official in many countries is called a coup attempt. What do we call it, here?