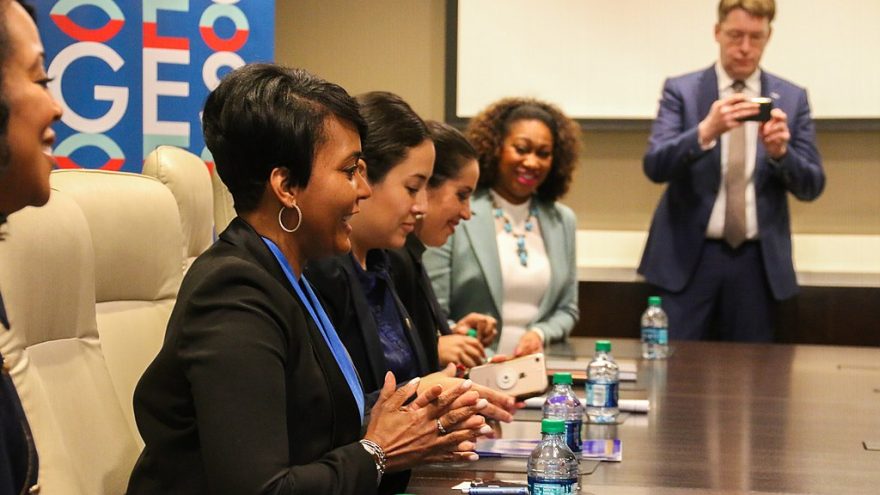 
Atlanta Mayor Keisha Lance Bottoms woke up a bit over the weekend. It’s probably a bit late but I suppose late is better than never. After weeks of skyrocketing crime and shootings in Atlanta, Bottoms dropped a bit of reality on the media and BLM supporters in the area.

An 8-year-old girl was shot over the weekend while sitting in a car that was trying to turn around on a road that had been blocked by BLM protesters.

“Secoriea Turner was shot and killed last night, and it was not by the hands of police officers,” Bottoms said. “It was by the hands of a coward, cowards, who are still out and about in our community. This happened … near the Wendy’s where Rayshard Brooks was killed a few weeks ago.”

Let's not forget that, in Atlanta, they are protesting the shooting of a guy who punched police officers, stole an officer's taser, and fired it at the officer.

Mayor Lance Bottoms admits that they're losing the movement.

“We’ve protested, we’ve demonstrated, we’ve been angry, we’ve cried, we’ve demanded action. Well now we’re demanding action for Secoriea Turner and for all of the other people who were shot in Atlanta last night and over the past few weeks because the reality is this – these aren’t police officers shooting people on the streets of Atlanta, these are members of the community shooting each other, and in this case, it is the worst possible outcome.”

She also admits what many people have said for weeks about this movement. It's not about reform. It's about destruction and violence. That is what has happened from the beginning.

“You can’t blame this on a police officer, you can’t say this is about criminal justice reform. This is about some people carrying some weapons who shot up a car with an eight-year-old baby in the car,” Bottoms concluded. “We got to stop this. We are doing each other more harm than any police officer on this force. We’ve had over 75 shootings in the city over the past several weeks. You can’t blame that on APD.

How long will it take for these Democrat mayors to take responsibility for their cities? The people are seeing firsthand that without police officers, as Democrats are calling for, violence and destruction runs rampant while the safety of those who need protection is absent.