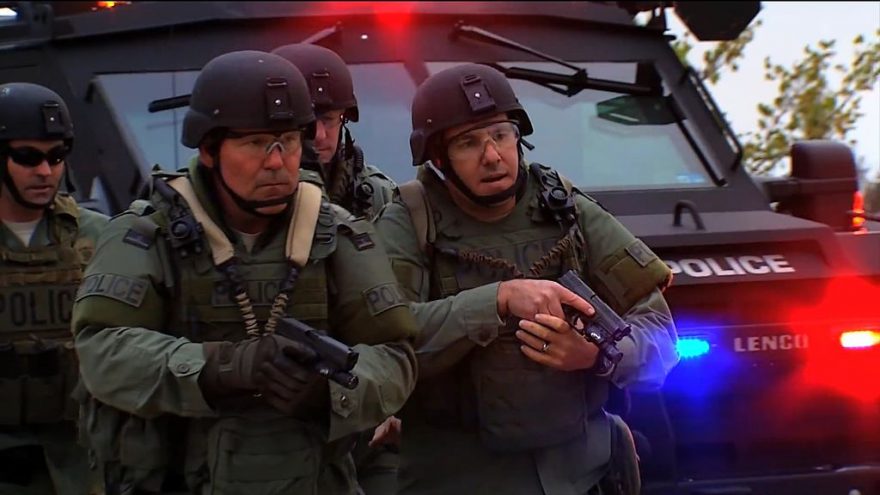 
Oklahoma authorities have decided they will not model their riot response after Seattle, who gave free rein and basically handed them the key to the city. Oklahoma was home to some protests and riots over the last few weeks but wants its citizens to know they will not tolerate violence or vandalism.

“This is not Seattle,” Prater said Friday. “We’re not putting up with this lawlessness here.”

Oklahoma has charged at least 5 people with terrorism charges that include vandalism of murals in downtown OKC and incitement of a riot for interfering with a police officer trying to take a murder suspect in for an interview. Along with that the charges include the burning of a Sheriff’s van and an Oklahoma business.

The ACLU, of course, thinks the charges are too harsh. They are starting to act more like the American Criminal Liberties Union as they seem interested only to protect criminals. I haven’t heard a peep from them about the business owners whose livelihoods and civil liberties have been destroyed by these terrorists.

Attorney General William Barr has already directed a task force to investigate and prosecute the violent anti-government terrorists that have wreaked havoc around mostly Democrat-run large cities in the U.S.

“I am today directing the creation of a task force devoted to countering violent anti-government extremists,” Barr wrote in a memo. “The task force will be co-headed by Craig Carpenito, U.S. Attorney for the District of New Jersey, and Eric Nealy Cox, U.S. Attorney for the Northern District of Texas. The task force will include members of United States Attorney’s Offices, the FBI, and other relevant components across the Nation. Drawing particularly on the capabilities of the FBI, the task force will develop detailed information about violent anti-government extremist individuals, networks, and movements – and will share that information as appropriate with federal, state, and local law enforcement, especially in places where these extremists pose a threat.”

Barr notes, in the directive, that Antifa and other foreign entities are seeking to sow chaos and disorder in our country.

President Trump tweeted his support for the order as he signed it.

I just had the privilege of signing a very strong Executive Order protecting American Monuments, Memorials, and Statues - and combatting recent Criminal Violence. Long prison terms for these lawless acts against our Great Country!

Oklahoma seems to be moving in the right direction to actually stop these types of terrorist acts.

There is a reason Seattle is still a mess and people are getting shot in the 'CHOP' zone. When you roll out the red carpet for terrorists, what do you expect?