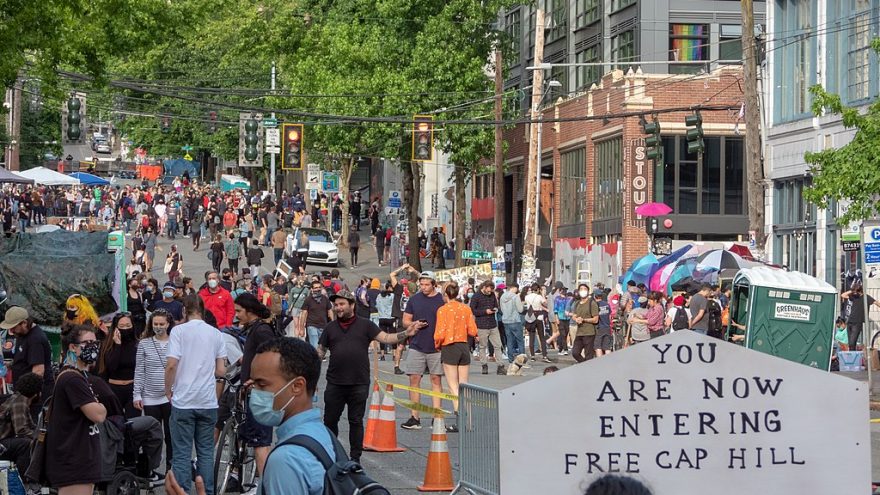 
The anarchist group that now occupies a multi-block zone in Seattle’s Capitol Hill neighborhood have gotten some ‘love’ from Seattle Democrat Mayor Jenny Durkan. She has referred to the CHAZ (Capitol Hill Autonomous Zone) occupation as a ‘block party’.

Durkan also said “We could have a summer of love” when asked about how long she thought this would last. Police had given up the area and basically let the anarchist group just have it.

Reports are coming out that the armed members of the group are extorting local businesses.

“We’ve also received reports that these armed people may be demanding payment from business owners in exchange for some of that protection,” Seattle Police Department Chief Carmen Best said in a video address to her officers on Thursday.

They’re also, apparently, demanding ID’s for people who are walking around the area.

The group has now released a list of demands from their local government. Many of the demands sound like they came from a DNC convention. They made clear that these are not requests but demands. Here are a few of them.

It's a list of demands that entangle segregation, re-education, and free stuff for everyone.

Does this sound like anything you've heard on the campaign trail over the last year or so?