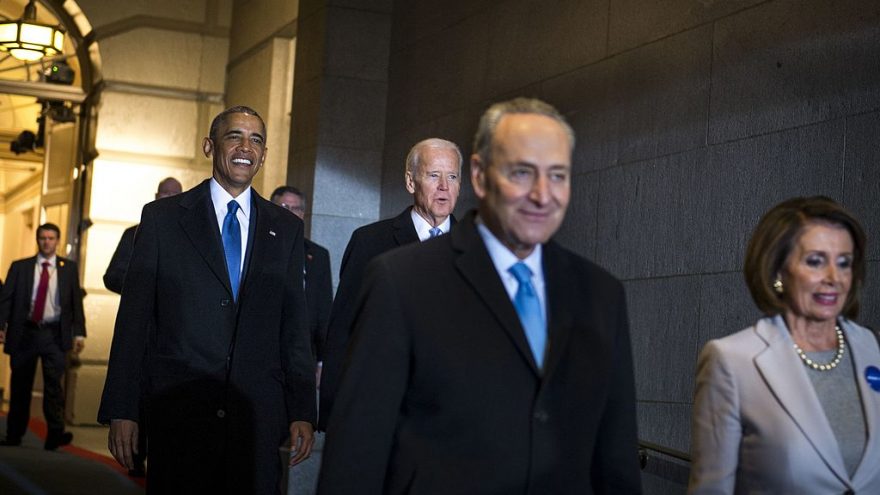 
President Trump closed the borders on China flights to the US back in January. This was well before anyone really knew what was going on with the Coronavirus that started in Wuhan, China. It was suggested, by many mainstream media outlets, that he was racist for doing so. CNN ran not-so-subtle hit pieces on those choosing to even question the safety of Chinese pork. Was he not right to do so? We seem to be in the best position.

This piece by CNN seems to suggest that if you are more suspicious of China today than it’s likely you’re just uncomfortable with diversity. Other pieces from the likes of NYT and ABC all but promise a global pandemic is here and is going to end the world as we know it. They use phrases like “past the point of no return” in tandem (almost as it they all have the same talking points).

Well, this week they may have attained their goal. Without coordination with the White House a member of the CDC held a conference call with reporters and claimed we are on the verge on a pandemic and we should prepare for the worst. Dr. Nancy Messonnier, director of the CDC’s Nat’l Center for Immunization and Respiratory Diseases (and also Rod Rosenstein’s sister), said this on the call:

“We are asking the American public to prepare for the expectation that this might be bad.”

That comment was then translated and reported over virtually every mainstream media outlet as a warning that this might be worse than the Spanish Flu that wiped out 50-60 Million people back in 1917-1918. Of course the markets tanked. The nonstop fear mongering by the media hasn't stopped since. The market has plummeted each day this week, while the democrats and their friends in the media seem to be celebrating.

President Trump came out and said the situation is very well under control in our country. After all, we don't even have a death from it, yet. That started the accusations that "President Trump is lying" from the democrats and in the media.

This, from Bernie Sanders, on Tuesday night:

"In the White House today, we have a self-described 'great genius' — self-described," Sanders said. "And this great genius has told us that this coronavirus is going to end in two months. I wish I was kidding. That is what he said."

Then you had Mike Bloomberg, during Tuesday night's debate, claim that Trump had "defunded the CDC, so we don't even have the organization we need".

Joe Biden jumped on as well, saying, “We increased the budget of the CDC. We increased the NIH budget. ... He’s wiped all that out. ... He cut the funding for the entire effort.”

Now, if you jump on Twitter or any social media platform, you'll have these 'facts' all over and everyone believes it. "What a terrible decision Trump has made. He's trying to kill us all" is something you can see on any of them if you look for 2 minutes. Another one is "How are your stocks doing now, Trumpsters?"

Not only are they trying to spike the football on a crashing market (that will primarily affect middle class 401ks) but they are celebrating a possible pandemic!

Here's the problem. IT'S ALL A LIE, as the AP reports:

THE FACTS: They’re both wrong to say the agencies have seen their money cut. Bloomberg is repeating the false allegation in a new ad that states the U.S. is unprepared for the virus because of “reckless cuts” to the CDC. Trump’s budgets have proposed cuts to public health, only to be overruled by Congress, where there’s strong bipartisan support for agencies such as the CDC and NIH. Instead, financing has increased.

Anyone remember the start to the New Year when every major news outlet in America told us President Trump had finally gotten us into WWIII with Iran? The  WWIII that lasted a few hours and had a handful of deaths, outside of Iran shooting down a passenger plane in its own territory? The panic that ensued that night was followed by relief of most but sheer disappointment by those in the media when it turned out we were not in WWIII.

This story plays itself over and over and over. It's sick. These same media and democrat hacks continuously hoping for and stoking any kind of disaster that could help bring down Trump. They don't care how many of you have to pay a price and they don't care what the price is. They want to win at all costs. It appears the blight of millions, possibly even the death of millions of Americans would suffice for them as long as they get their Target: Trump 2020 defeat.

Sure, we could have a pandemic coming. It doesn't hurt to prepare but it doesn't help to scare and spread fear. Imagine if we did this every time there was a terrorist threat in this country. We would have crashed and burned decades ago. Stop the fear mongering. Stop buying it. We'll get this under control and they'll come up with something new to scare you with before November.

Fore more on this, check out the AP story here.