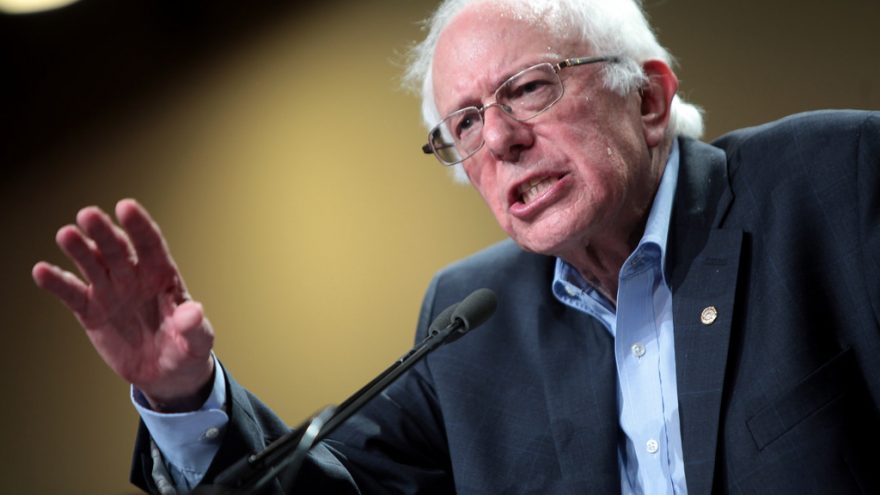 
One thing is for sure: This year is going to be an interesting year and perhaps the most important election in modern history. On the one hand we have President Trump and his America First policies. On the other, we have an old communist guy, another old guy who doesn’t know where he’s at or what seat he’s running for, and another small group of students raising their hands.

Perhaps the scariest one is the old communist guy. He seems to have the most grassroots support (although that’s probably not a tough notch to get among his flailing competition). Outside of something almost magical, a la 2016, he appears to have the nomination within his grasp.

The reason it should scare many Americans is that Bernie is a devout socialist and socialism is communism-lite. It doesn’t work for the people- it only works for the government elites. Bernie has praised China and Castro, repeatedly. He doubled down on it at the debates on Tuesday night.

The guy who honeymooned in the old Soviet Union is now calling for those same kind of policies, that led to the USSR collapse, to be enacted right here in the USA.

Ignoring the fact that socialism doesn't work anywhere that includes personal liberty lies the question of how it would be funded, here in the USA. Bernie has long not been able to answer that question, until now.

On Monday night he released his "plan" to pay for his socialist dreams.

Surprise! You will pay for it all! Your taxes will skyrocket, meaning you will take home far less than you do today with the same job. After all, you didn't make that money - the government deserves that wage for your work.

Next, he'll sue the living daylights out of private companies he doesn't like. So, unlike a free market, he'll completely choose which companies get to stay in business and which ones don't. He specifically called out the fossil fuel industry.

If Bernie prevails in November perhaps you, too, could be seeking a honeymoon in Russia or China. They may look like nice places to be after Bernie gets done with the USA.

34 thoughts on “Bernie: Here’s How We’ll Pay For Socialist Government”