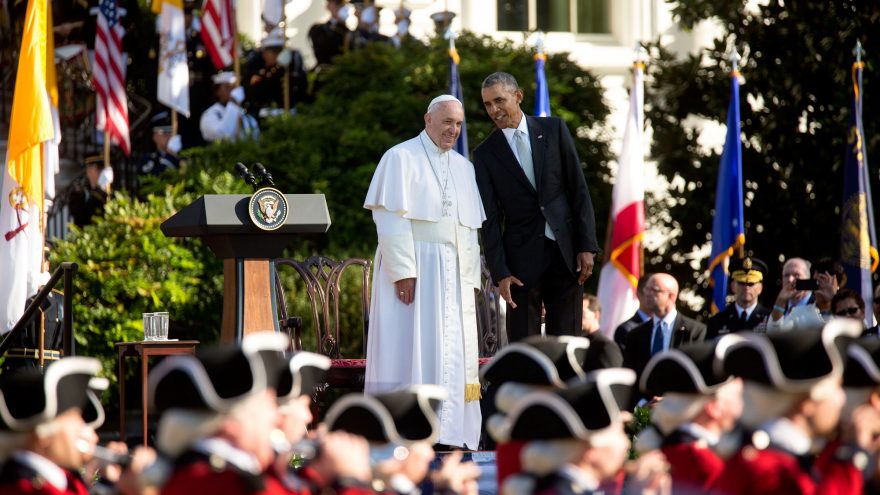 
It sounds crazy but it may not actually be that crazy. According to the Vatican, Pope Francis sent $500k to assist migrants in the caravans at the US-Mexico border. This comes at a time where most officials inside the U.S. acknowledge that there is a major crisis at the border.

“The Catholic Church hosts thousands of them in hotels within the dioceses or religious congregations, providing basic necessities, from housing to clothing,”

One has to wonder why the Pope wouldn't just send that money to their hometowns and assist them there. After all, not all of these folks are escaping violence or oppression. Many are just looking to come to the U.S., illegally and quickly, instead of waiting in line.

The president has repeatedly floated the idea of closing certain parts of the southern border in order to stem what he described previously as an “attempted invasion of illegals.”

President Trump may be onto something here. We are seeing massive caravans of illegals showing up at our border and, just recently, attack our Border Patrol agents.

U.S. officials said they arrested or denied entry to more than 103,000 people along the border with Mexico in March, more than twice as many as the same period in 2018.

Trump has pushed this issue and recognized the seriousness of the problem from the beginning of his campaign. Republicans didn't act for safety when they had the power and it seems democrats won't act in defense our citizens either. The president could sure use a little help from the members of Congress to ensure the safety of the citizens of the U.S. Will he get it?

16 thoughts on “Is The Pope Financing The Migrant Caravans?”