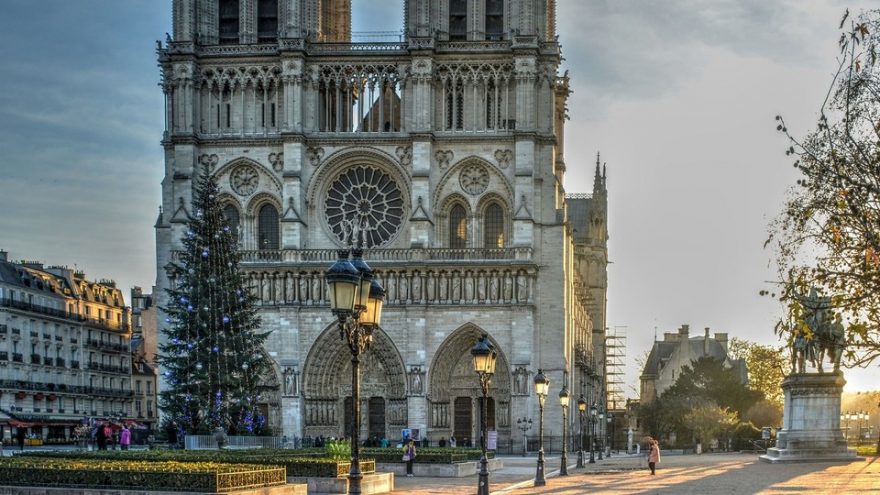 Shortly after the tragic sight of Notre Dame Cathedral going up in flames in Paris, as crowds watched and sang “Ave Maria,” historian Victor Davis Hanson put our modern times in perspective.

Fox's Laura Ingraham underlined his point with a depressing quote from Rolling Stone: "Any rebuilding should be a reflection not of an old France, or the France that never was — a non-secular, white European France — but a reflection of the France of today, a France that is currently in the making."

What's "in the making" is the world remade by the left, with a secular orthodoxy that's mercilessly rigid. History is suspect. What has been called "Western civilization" is seen as white, patriarchal, superstitious and European — not "inclusive."

Another horrible sign came in a much-reviled tweet from Library Journal: "Library collections continue to promote and proliferate whiteness with their very existence and the fact that they are physically taking up space in our libraries."

This came from an article by a librarian named Sofia Leung — armed with what they call "Critical Race Theory." She claimed these collections are "white dudes writing about white ideas, white things," and when collections of books contain this "so-called 'knowledge,' it continues to validate only white voices and perspectives and erases the voices of people of color."

This is literally a war on the past. Anything that any "white dude" like Shakespeare or Thomas Jefferson or Thomas Aquinas wrote about the human condition is useless; it continues to "validate only white voices." Liberty, justice, religion, politics — anything written by our forebears is dismissed as proliferating "whiteness."

Leung added that these collections "are paid for using money that was usually ill-gotten and at the cost of black and brown lives via the prison industrial complex, the spoils of war, etc." She offered no evidence for this claptrap. This "so-called 'knowledge'" is to be accepted as the modern gospel, written by the gods of "diversity."

The obedient followers of our dominant culture never look up in a cathedral to contemplate the transcendent. They crowd around TV and movie screens and take every cultural cue from a raunchy and repugnant Church of Entertainment.

As traditionalists, we wince and peek nervously between our fingers at the rot that Hollywood gives us, even in Holy Week, even as the ashes of Notre Dame are tossed in the wind. One cable show featured a main character, an atheist, smearing Jesus Christ as "the mayor of Auschwitz." Another had a male crime lord filming a commercial in a bustier and fishnet stockings and curlers in his hair, promising he was "bringing sexy back to Easter." He was on a campaign to "Make Easter Great Again."

There is not much room for optimism about our mass culture. Christians are called to be set apart. Whether we pray in cathedrals or our homes or our cars, Catholics pray to the mother of Jesus — Notre Dame, "our lady" — that His miserable death is not in vain, that we "may be made worthy of the promises of Christ." When churches are in flames and blasphemy tumbles in giggle fits from video screens, we feel the aching need for a Savior. We need the hope that Easter brings.