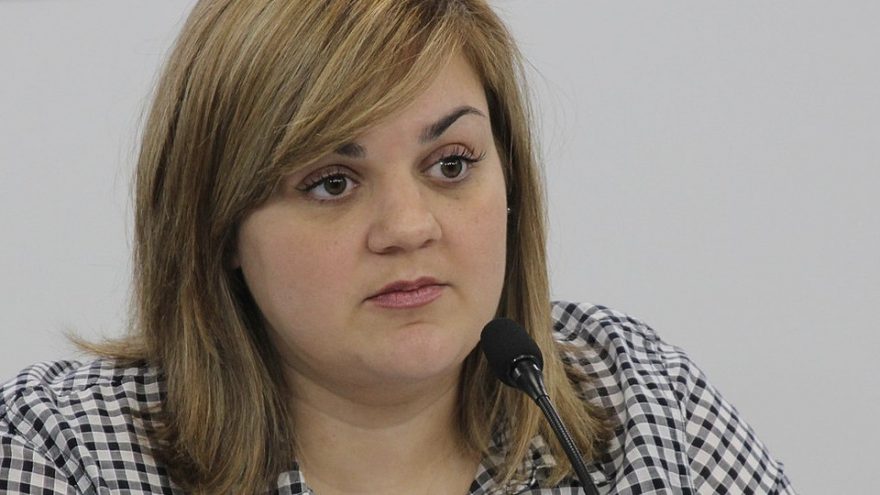 The conversion of Abby Johnson — from one of the youngest Planned Parenthood clinic directors in America to pro-life leader — sounds like the kind story line that would never make its way into the movie theater. But it has. “Unplanned” debuted in 1,059 theaters on March 29 and grossed $6.1 million on its opening weekend, double the commercial expectations. It received an A-plus CinemaScore from audiences. It has been expanded to 1,700 sites and is captivating millions with its heart-wrenching portrayal of the reality of abortion and the organization that champions the atrocity.

Johnson estimates she was personally responsible for overseeing 22,000 abortions at her clinic in Bryan, Texas, during her Planned Parenthood career. She had two of her own. This is her story, necessarily rated R because of its honest depiction of what transpires inside the Planned Parenthood clinic. The opening scene depicts the moment of conversion. Abby, who serves in a management capacity, is asked to assist with an ultrasound abortion of a 13-week-old baby. She watches — and the viewer watches very real footage — as the unborn baby resists, moving desperately to avoid the suction tube. It swooshes into the cylinder of death, exiting into a bucket with blood and pieces of human tissue. The womb is now empty. Abby Johnson falls apart.

We go to the start of the story, with her two abortions, her unlikely marriage into a strongly pro-life family and her rise of the ranks of her local Planned Parenthood outlet. She knows she has made it when director Cheryl ceremoniously invites her to come into the "P.O.C" room — the clinic's sanctum sanctorum, open only to the chosen few. When a nurse asks if Abby knows what "P.O.C." stands for, she offers the euphemism "products of conception." Her colleague sardonically provides the correct answer: "pieces of children." Abby and Cheryl approach the table containing the body parts of countless babies. Little feet. Little hands. Little heads. The parts of every aborted child must be accounted for so they can be sure nothing is left inside the womb.

Unsurprisingly, "Unplanned" has received the same opprobrium from the cultural elites as last year's pro-life movie "Gosnell." A half dozen major music labels refused to license their tunes for the movie, including Disney, Universal Music and Sony/ATV. Cable TV networks refused to run ads for the movie — USA, Lifetime, HGTV, the Travel Channel, the Cooking Channel, the Food Network ... even the Hallmark Channel!

The movie was trashed on TBS. Unfunny radical feminist Samantha Bee bizarrely claimed the movie was "mostly made up" and mocked it for suggesting that taking on the nation's largest and most powerful abortion conglomerate is scary.

Even social media giants were hostile. On the opening weekend, the movie's Twitter account was suspended for a time, which Twitter claimed was a mistake, as if anyone believes that line any longer. Then fans of the movie couldn't successfully follow the account. Twitter has a nasty habit of blocking pro-life material as "inflammatory."

Newspapers refused to review the movie. The New York Times reviewed 12 new movies on debut day, but not "Unplanned." This included a review of "Diane" (released in only three theaters nationwide), a liberal documentary on former Trump strategist Steve Bannon called "The Brink" (in four theaters) and the French Canadian teen comedy "Slut in a Good Way" (in seven theaters).

The Washington Post had no review from its own critics in the "Weekend" section but directed readers to its Common Sense Media page for parents, where those outside critics said the film was inappropriate for children under 17. This camp thinks abortion is appropriate for teenage girls but a movie about abortion is not.

Maybe this near silence is for the best, since one of the few film reviewers, Frank Scheck of the Hollywood Reporter, thought he was being witty when he explained, "There have been films that treated Nazi doctors conducting evil experiments in concentration camps more sympathetically."

Scheck somehow can't absorb the fact that there is evil in Planned Parenthood, that it is a big business making a profit from exterminating more than 300,000 unborn babies a year.

Abby Johnson came to understand it and devoted her life to fighting the horror of abortion from that moment forward.

Her babies are in paradise, dancing with delight.