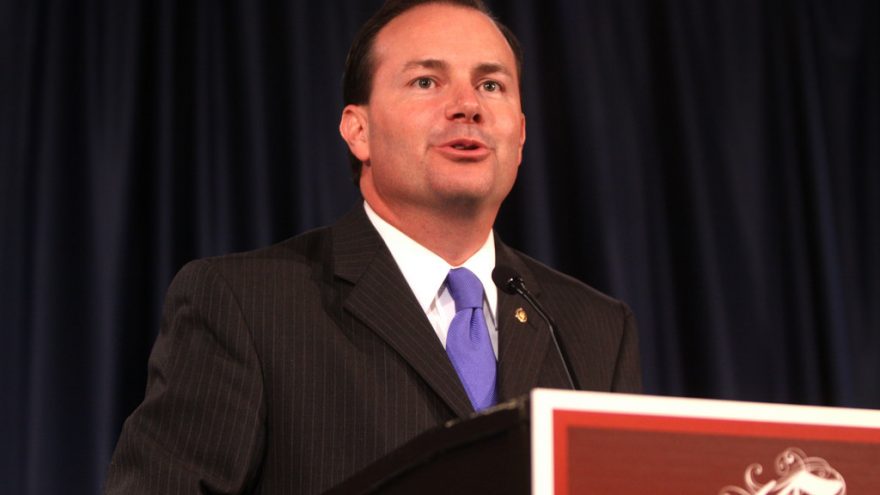 
One of the best things I’ve seen in all of politics is Mike Lee using illustrations to explain the Green New Deal. Even Democrats know the Green New Deal is a ridiculous bill that nobody should take seriously. After all, not a single senator voted for it when it was brought to the floor. Mike Lee presented it just the way many imagine AOC thought about it.

If you were watching you would have thought Senator Lee was about to give a very serious talk on the Green New Deal. Then he broke out President Reagan riding a dinosaur and used a Velociraptor.

He was worried for a bit tho:

"after reading the Green New Deal, I’m mostly afraid of not being able to get through this speech with a straight face."

He wasn't done yet. Dinosaurs and Velociraptors are just a start. He then moved to Star Wars:

Well, I’ll tell you how: tontonse, Mr. President, is a beloved species of repti-mammals native to the ice planet of Hoth. Now, well, perhaps not as efficient as airplanes or as snowmobiles, these hairy bipedaled species of space lizards offer their own unique benefits.

This is a picture of Aquaman, a superhero from the sea-kingdom of Atlantis, and notable here, a founding member of super friends. I draw your attention, Mr. President, to the 20-foot impressive seahorse he’s riding. Under the Green New Deal, this is probably Hawaii’s best bet.

There's more, folks. You've got to watch this video. You can find it here.

28 thoughts on “Must Watch: Senator Mike Lee (UT) Impersonates AOC On The Floor And It’s Hilarious!”