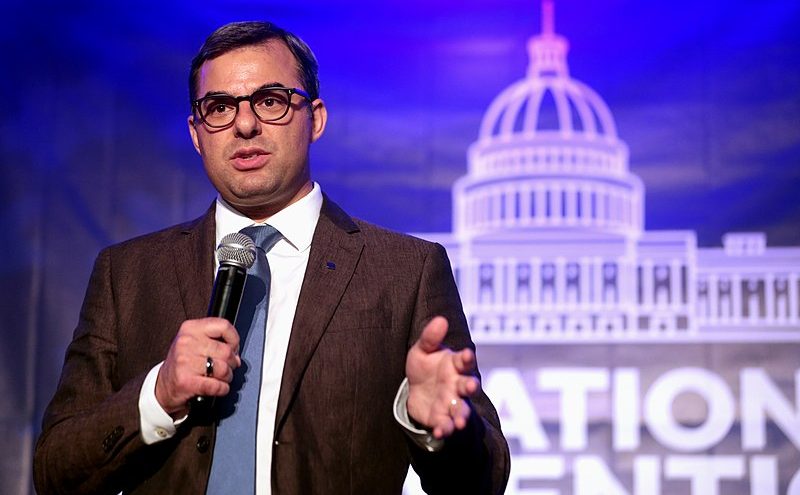 
Quickly becoming CNN’s favorite Republican, Congressman Justin Amash (R-MI) is now defending illegal aliens’ right to vote. He’s been long thought of as a Libertarian leader but at this point it seems he’s probably sliding to the far left on some key issues.  This NeverTrumper had a defense for his vote against a resolution that supported voter integrity.

"I voted against a motion to amend a bill to criticize San Francisco for letting non-citizens vote in school board elections. I voted no because I’m a constitutionalist who opposes such federal interference in LOCAL elections. Non-citizens have voted locally since our founding."

In his mind, it's unconstitutional to oppose illegals voting in US elections. Has he been hanging out with Alexandria Ocasio-Cortez? He's also getting lots of praise and help from the FakeNews msm orgs, like CNN:

CNN wrote what is essentially a public relations piece on Amash for his support of illegal immigration and militant opposition to Trump’s agenda:

So, what side is Justin Amash on? Allowing illegals to vote in our elections would be tantamount to election interference. This is basically a radical left talking point he's spouting.

Amash is publicly flirting with the idea of jumping to the Libertarian Party to oppose Trump and siphon constitutionally-minded voters from him and assist the Democrats in the 2020 presidential election. CNN explains:

Well, it looks to be clear as to where Amash stands. He's in the same company as Bill Kristol and Nancy Pelosi. Their hatred for Trump overrides their responsibility to put America first.

63 thoughts on “‘Republican’ Amash Thinks Illegals Should Be Able To Vote!”