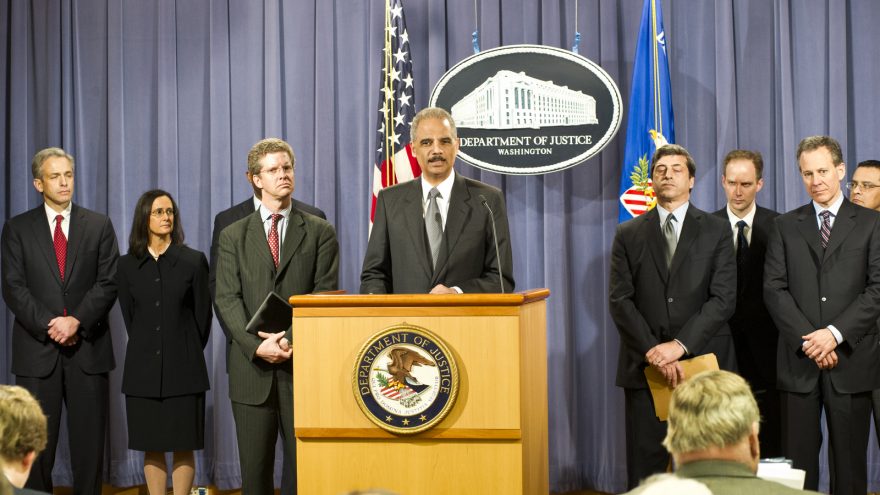 
Maybe you wouldn’t be that surprised, given what we know about he DOJ over the last decade, but a 30 year old man who traveled to Syria for military training with ISIS is employed by the US District Attorney’s Office in Brooklyn…

At a time when the ISIS brides are making media appearances to return to their home countries after joining ISIS, it has been confirmed that this 'former' ISIS terrorist is actually working for the DOJ.

30-year old Mohimanul Alam Bhuiya left New York City to join with the terrorist organization in 2014, having become radicalized by Islamist propaganda and seeking to pitch a plan to destroy civilian aircraft to the group.

What exactly has been going on at the DOJ that this would be appropriate?

Bhuiya’s employment for the Department of Justice is emblematic of the dominance of cultural elite progressives within America’s primary federal legal institution.

Is anyone really still surprised that conservatives are skeptical of the liberal bias at the DOJ? The black eyes for the liberal ranks of the DOJ seem to keep swelling up. Obama and the dems did a bang-up job.

It’s uncertain how a department credibly accused of systemic political corruption and bias against right-of-center Americans aims to retain credibility among the broader public, especially with a hiring policy that allows former ISIS terrorist wannabes to secure employment within its ranks.

37 thoughts on “What If I Told You A Former ISIS Terrorist Works for NYC DOJ?”