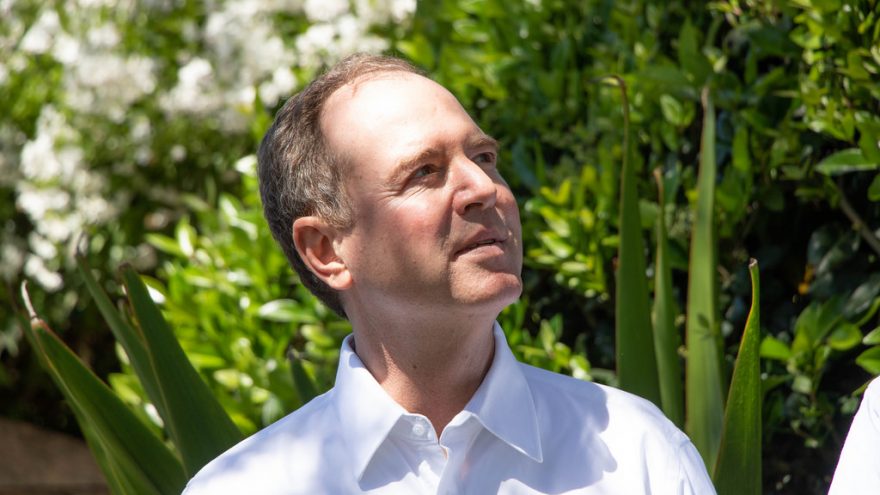 
It’s no secret that when Adam Schiff attends a classified briefing, he tends to take a bathroom break and, poof, somehow a leak gets out before the meeting is even over. There are plenty of reasons as to why Schiff is one of the worst people to trust with an unbiased investigation and collusion is at the top of that list.

Let's remember that Fusion GPS was basically the author of the now debunked Trump-Russia dossier. They were paid by high level democrats, such as Hillary Clinton's own John Podesta, and even John McCain, to find or compose dirt on then candidate Trump. Glenn Simpson was the founder of Fusion GPS and has been under fire for his cozy relationship with the Clintons and corrupt top officials at the FBI & DOJ.

The Russia story, of course, got its start during Hillary Clinton’s failed presidential campaign. Robby Mook, John Podesta, and the rest of the Clinton brain trust did everything they could to sell Americans on it, even paying a group of “consultants” working for Fusion GPS, including a former spy and the wife of a high-ranking DOJ official, to write a “dossier” on then-candidate Trump.

Now that it's finally okay to question Mueller's witch hunt, according to Schiff, Adam Schiff has decided to launch his own round of investigations into the President. There's just one problem: Schiff may be more involved with the phony dossier than originally thought:

But he may have played a bigger role in all this than anyone realized. Last summer, as John Solomon noted recently, Schiff was spotted openly talking with Fusion GPS founder Glenn Simpson in Aspen, Colorado.

The Washington Examiner article brings up a good point. If Trump team members  talking to Russians, about building a hotel in Russia, is collusion then what would you call Adam Schiff hanging out with Fusion GPS Founder Glenn Simpson in ritzy Aspen, Colorado? Who's looking into Adam Schiff's role in all of this? Or is this just another 'chance' meeting like slick Willie had with Loretta Lynch on the tarmac in AZ?

11 thoughts on “Schiff Has 99 Problems And Collusion Is One”