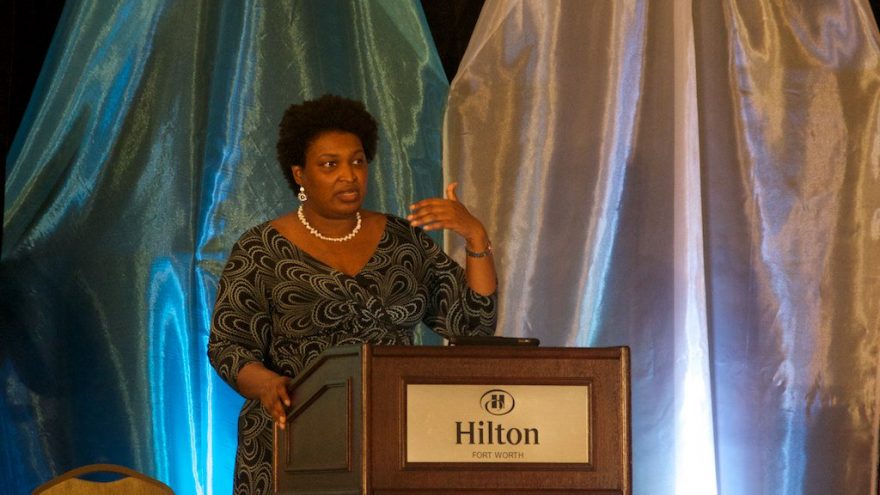 
While Stacey Abrams (D-GA) was quick to attack President Trump’s State of the Union address, it turns out not all of her criticism would pass a polygraph test.  While Democrats lobbing baseless attacks at President Trump is nothing new, it is slightly surprising that it happened with Abrams, who was chosen to give the official Democratic response to Trump.

During her official response to President Trump's State of the Union Address, Abrams stated the following.

The Republican tax bill rigged the system against working people. Rather than bringing back jobs, plants are closing, layoffs are looming, and wages struggle to keep pace with the actual cost of living

However, this simply isn't true, as the economy is incredibly strong, with over 300,000 jobs created in January alone. No less than FactCheck.Org, criticized Abrams for her attempt to misguide the public, saying the following.

Stacey Abrams, in the Democratic response to President Donald Trump’s State of the Union address, presented a distorted picture of the U.S. economy since the Republican-backed tax bill became law.

Breitbart followed that up with their own rebuke to Abrams claims.

Currently, there are more jobs available in the U.S. than there are unemployed people to fill them. Manufacturing, in particular, has soared: the U.S. economy has defied the low expectations of the Obama administration to add the most manufacturing jobs in more than 20 years.