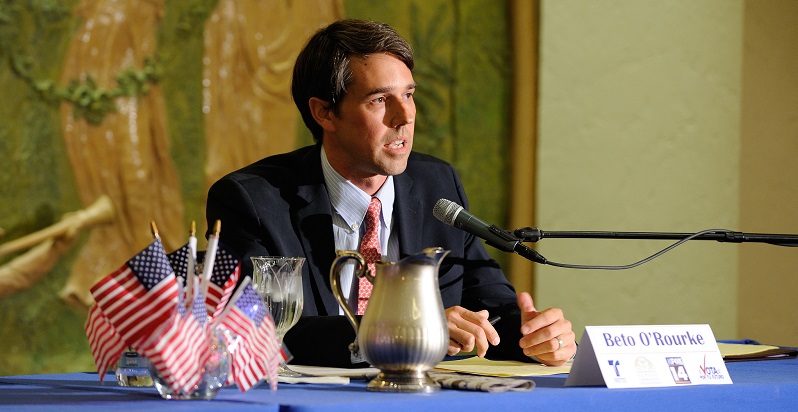 
Liberal hero, Beto O’Rourke has been the darling of the media ever since he ran against Ted Cruz for U.S. Senate.  Some are starting to wonder if the fawning has less to do with the potential of O’Rourke and more to do with the utter contempt the media has shown towards Senator Cruz.

Well, wonder no more!  Beto’s recent comments about the Constitution show that he is in over his head!

Does this still work? . . . Can an empire like ours with military presence in over 170 countries around the globe, with trading relationships . . . and security agreements in every continent, can it still be managed by the same principles that were set down 230-plus years ago?

Ummm, YES, Beto, the Constitution still works, and you’d do well to spend some time studying it, before you run for President of the United States!
more below…
To be fair, O'Rourke is willingly telling anyone who listens that he doesn't understand a lot of things, the liberal media just refuses to report on it.  Case in point, this is how Beto responded when asked about having troops in Syria

"I don’t necessarily understand, and I’ve been a member of Congress for six years."

Don't worry about it, Beto. Luckily we have a Commander in Chief who does understand!
When you sign up to comment you'll also receive our regular newsletter. You can find more about how we use your information here.