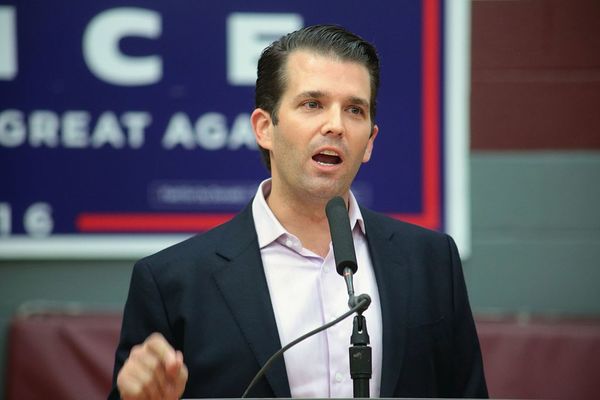 
Jim Acosta ended up proving President Trump’s stance on border security correct when he made a video trying to disprove the president. Many people went after the controversial CNN reporter. Including the president’s son, Don Jr.

Donald Trump Jr. got into a heated clash Thursday with Jim Acosta as he joined the Twitter army of people, including his father, mocking the CNN correspondent for a video that inadvertently made the case for a border wall.

Acosta, known for his dramatic flourishes that get under the skin of President Trump and for getting into fights with top Trump officials, posted the video during a visit to the border, coinciding with the president’s trip.

Trump Jr. then piled on, thanking Acosta for proving Trump’s point, “and simultaneously creating one of the best self-own videos ever!!!”

Trump Jr. responded: “I know this might be hard for you to comprehend Jimbo, but the reason why all of Twitter has been mocking you today is because you were at a part of the border WITH A WALL. So yes, of course it was working. Replicate that across the border & we’ll all be safer. #RealNews #ByeBye”

Trump Jr. has been known to clash with the media, especially in defense of his father. This was surely an opportunity he was not going to pass up.