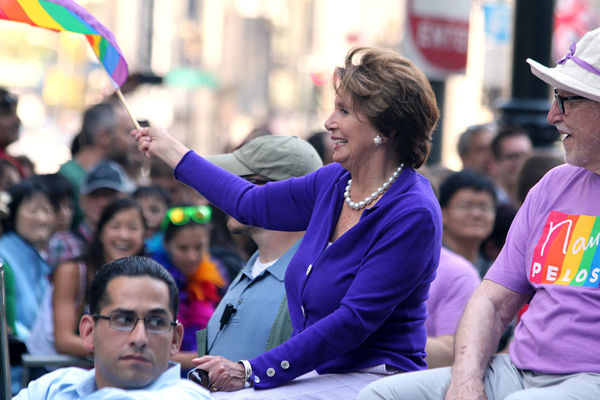 
Freshman GOP rep Dan Crenshaw is becoming a popular figure on Capitol Hill. He recently schooled Nancy Pelosi on an argument she used against the wall.

According to Town Hall:

With the government shutdown on its 21st day, the merits or demerits of a wall on our southern border is still quite the point of ravenous debate among party lines. Speaker of The House, Nancy Pelosi, has declared that the proposed wall is  “immoral,” un-American, and would be “old technology.”

As we reported here Thursday night on Townhall, freshman Congressman Dan Crenshaw, chose to decline his paycheck because if government employees aren’t getting a paycheck, neither should members of Congress.

The Texas Congressman and former U.S. Navy Seal responded yesterday to a tweet regarding a K-Bar knife that sits on his desk with a fallen and fellow SEAL’s name engraved on it.

On Wednesday, Axios reporter Jonathan Swan sent a tweet out regarding Pelosi’s attempt in a meeting to debunk the merits for a wall by arguing that tunnels can go right under it and yield it ineffective.

The Democrats have been expert at flipping their views on border security depending on which want the political winds are blowing.

11 thoughts on “Pelosi Gets Schooled by Freshman GOP Rep”